Credit Dislocation Opportunities in the Midst of the COVID-19 Crisis

Credit Dislocation Opportunities in the Midst of the COVID-19 Crisis
–

In the middle of difficulty lies opportunity

Opportunities in a Crisis

There are currently substantial dislocations in the credit markets as a result of the ongoing COVID-19 pandemic. ARP believes pronounced investment opportunities, comparable to those which immediately followed the Global Financial Crisis (“GFC”) in 2008/2009, exist across a number of credit markets. These opportunities can be categorised by:

Post the GFC, the size of the high yield market has grown substantially as companies took advantage of an abundance of cheap credit to issue corporate bonds and leveraged loans. As the credit cycle dragged on, lending standards grew increasingly relaxed with weak companies maintaining unfettered access to debt markets and the prevalence of covenant-lite issuance increasing. Prior to the sell-off in March 2020, Bank of America Merrill Lynch noted that the number of OECD businesses whose interest costs exceeded their annual earnings had reached a post-financial crisis peak of 548, relative to 626 during the GFC.

In line with coronavirus induced risk-off sentiment in March, high yield and leveraged loan indices saw substantial declines. Nearly 40% of the European High Yield (HY) market was trading at distressed levels (spread >1000bps) by mid-March, the highest ratio since the GFC, and above the European sovereign crisis and energy crash.

Markets have since recovered somewhat from the March lows, with the JPM Leveraged Loan Index (US market) average price gaining 3.4 points from 83.7 at March-end to 87.0 on April 23rd. With the initial sell-off indiscriminate, the dispersion in HY credit performance likely to follow implies heightened opportunities on both the long and short side.

New issuance has been high MTD in the high yield space, as companies look to source new capital to see them through the pandemic, and in the United States there had been $33bn of high yield bond issuance by April 24th. Over levered companies with unsustainable capital structures may however by postponing the inevitable, targets for potential future restructuring, particularly in energy, hospitality, retail and travel sectors.

Peaks in default rates have historically lagged peaks in the distress ratio by 9-18 months, a function of the ultimate depth and longevity of the recession, and so an extended period of elevated default rates can be expected. Specialised HY traders likely have a fertile landscape to operate in for some time to come, as was the case post financial crisis (the benchmark HFRI 500 ED: Distressed/Restructuring Index, made 28.1% in 2009 and 12.1% in 2010).

There are a number of credit relative value opportunities that have resulted from recent market moves. The below are examples of the more attractive opportunities currently.

The market opportunity in Index-Credit Default Swap (CDS) basis (trading CDS indices against the constituent CDS) or Bond-CDS basis (trading the relative value of a bond vs. its CDS) is pronounced. JP Morgan noted in a research report dated April 9th that European corporate bonds “remain exceptionally cheap to CDS”.

Synthetic CDS indices are currently trading tight to underlying CDS, because they are a popular liquid "hedge" and have outperformed. CDS are trading tight to corporate bonds, particularly for more risky names (see Bond-CDS basis graphs above). It possible to structure trades with low credit risk, capturing mis-pricings between credit instruments that have resulted from recent moves.

Driven by the COVID-19 economic crisis, CDS index trading volumes have increased by a factor of 3-4x relative to non-stressed periods, as the market has moved from being very long risk to short risk. North American CDX index spreads reached a post-2009 wide, as idiosyncratic risk returned. In this environment, it is possible to generate attractive carry profiles by selling senior tranches of CDS indices with less jump to default risk than would be the case selling equity tranches prior to the crisis.

CLOs saw limited trading at mid-March, mostly AAAs sold in order to meet redemptions from retail loan funds. The liquidity crunch had lessened by mid-April thanks to Fed policy, resulting in increased trading in senior and mezzanine paper. That being said, liquidity in the CLO market remains far lower now than at the start of March.

In line with the recovery in leveraged loans, improvements in CLO debt prices have not been broad based, leading to spread decompression across tranches and dispersion of pricing between different CLOs. According to JP Morgan, US CLO AAAs have seen a 60% spread recovery from recent wides, while US CLO BBs have seen just an 8% recovery (Source: JP Morgan Global Credit Research, CLO Weekly, 27th April 2020). Attractive opportunities currently exist to acquire CLO senior and mezzanine paper, money good under a GFC scenario, at depressed prices.

Further “legs down” in the market, and more attractive entry points, are also being anticipated by structured credit managers, owing to loan ratings downgrades and potential failures in financial covenants.

Rating agencies have reacted much more quickly than during the GFC and Moody’s and S&P have downgraded $210.6bn and $271.4bn of loans YTD respectively, with $96bn and $124bn of the downgrades coming MTD in April.  An increase in leveraged loans rated CCC can impact CLOs, which must value holdings >7.5% at market rather than at par, decreasing the value of the instrument. An increase in lower rated loans can also lead to the failure of over-collateralisation tests, which can result in a diversion of cash flow away from CLO equity in order to pay down the most senior CLO tranches.

For CLO equity, the repercussions of loan downgrades may be a permanent loss of cash flow. For CLO senior debt, this diversion may mean senior tranches are paid down more quickly. The story is more mixed for CLO mezzanine debt, which benefits from a deleveraging of the structure and less cash being paid to the equity. However, the tranche can come under mark-to-market pressure or be downgraded as they are “next in line” for cash flow diversion.

Indeed, more than 1000 CLO tranches have been placed on downgrade watch,  c.30%, 43% and 53% of CLO BBB, BB and B tranches respectively (Source: JP Morgan Global Credit Research, CLO Weekly, 20th April 2020). Some CLO holders, such as banks and insurance companies, are “rating sensitive” and a decrease in the rating of tranches can force them to sell their holdings. This may lead to a further bout of forced selling within CLO markets.

While CCC rated exposures have increased, each CLO has different cash flow diversion triggers written into their covenants. A manager ARP follows estimates CCCs in CLOs have increased from 2-3% in February to 6-9% in April. They also note that triggers in some deals may mean cash is not diverted until CCCs reach 15-20%. Whether the cash flows to equity is permanently impaired then depends on whether defaults are ultimately realised.

The bifurcation in CLO markets has created pronounced opportunities for specialist managers to identify market inefficiencies. Managers that actively trade their portfolios can monetise the staggered compression in discounts to fair value across tranches and instruments and have better return potential than managers that will buy and hold to maturity.

US RMBS saw significant negative performance in March; however, fundamentals appear better than in leveraged loans, with the dislocation in RMBS driven by forced selling. One RMBS manager stated, “Given the fundamental data, some RMBS have lost 50% of their price and none of their value”.

Looking at fundamentals, mortgage underwriting standards are far higher today than prior to the GFC. At the time, borrowers had

CRTs are mortgage related bonds issued by Fannie Mae and Freddie Mac. Unlike Agency RMBS, they are not guaranteed by the housing agencies, instead, the default risk of the underlying mortgage pool is transferred to investors. The housing agencies retain the senior tranche of the bonds while external investors can buy subordinated tranches. Below the “A-H” Senior Tranche, the following tranches, in order of seniority, are “M1”, “M2”, “B1”, “B2”. The housing agencies will hold the majority of B2 tranches and c. 5% positions in the M1, M2 and B1 tranche.

The likelihood of bond payment disruption is deemed to be low across RMBS instruments. The mortgage servicer will generally advance principal and interest, plus, some bonds have excess interest features. In addition, if mortgage servicers offer payment forbearance, rather than foreclosing on unpaid mortgages, this will not affect the loss structures of the bonds.

A final word on timing…

The duration for which these dislocations persist is uncertain and, as such, ARP believes allocations should be made as soon as is practically possible. The opportunity set is likely to evolve, and while the low hanging fruit will disappear quickly, the opportunities in the strategies identified are likely to remain attractive for at least another 18 months. ARP have identified specific opportunities, so please contact us on info@arpinvestments.com should you like to discuss further. 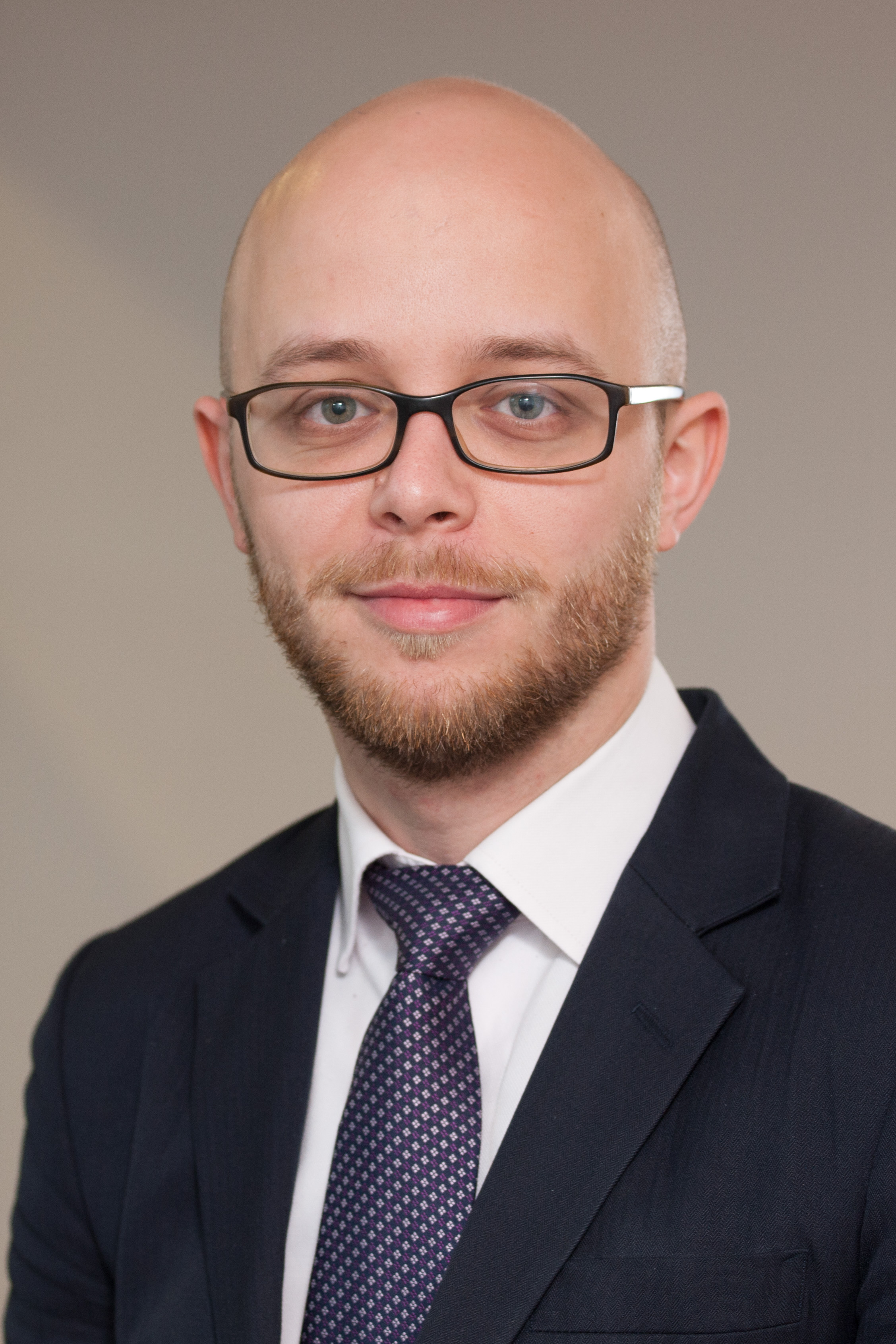 Mark Moloney is Head of Research at Absolute
Return Partners. He joined the firm in 2016, having previously worked as an
Associate Director in the investment research team at Saguenay Strathmore
Capital.  He holds a BSc (Hons) in Economics from the University of Bath.