Music is the universal language of mankind.

Why are Music Royalties Attractive?

An investment in music royalties has a number of attractive characteristics, particularly a stable recurring yield, longevity of copyright protection and a low economic beta, auguring well for an exposure to this niche area. The advent of paid streaming has created a further positive backdrop.

Investing in music royalties offers the opportunity to participate in future royalty collections. Given the recurring nature of royalties, an allocation to the space should provide a stable yield (mid to high single digit), particularly if the catalogue comprises mature and iconic songs with a proven place in culture.

Copyright law in the US is part of federal law and is protected through the United States Constitution. In the US, generally, for works created after 1 January 1978, copyright protection lasts for the life of the writer plus an additional 70 years. Outside of the US, copyrights are protected through the Berne Convention, an international agreement governing copyright, which was first accepted in Berne, Switzerland in 1886. Today, per the World Intellectual Property Organisation (WIPO), there are 177 signatories to this convention which states that all signatories should require at least 50 years of post-death of copyright protection but are free to provide longer terms. In most jurisdictions, including Europe (European Union copyright duration directives 93/98/EEC and 2006/116/EC), copyrights last for 70 years following the death of the writer.

A copyright is created automatically on the creation of a musical composition. It is a legal concept rather than a financial transaction and has a return stream that is largely independent of financial markets.

While the economic environment cannot be wholly ignored, its impact on royalty revenues historically has been limited. Music royalties were relatively robust during the global financial crisis. In a period when the world experienced the worst economic and financial crisis since the 1930s, music publishing revenues remained largely unaffected with CISAC, the umbrella collection society organisation, reporting a 1.5% revenue fall in 2008, in what was a negative backdrop for music revenues, with CD sales falling (see Figure 4).

Some royalty generating areas, such as advertising, are significantly affected in downturns, but this is only a small portion of the overall music royalty income generation. To a lesser extent, revenues from performance of music in public places such as bars, pubs, hotels, restaurants and business premises are also sensitive to the market environment. In general, though, the diversity of income sources (e.g. radio, TV, film, live concerts, video games, streaming services, CD sales, digital music downloads) creates a stable, recurring revenue stream.

Benefitting from a “Disrupted” Space

The music industry is one of the few industries to have been disrupted to actually benefit from the disruptive change. The disruption comes in the form of a shift away from purchasing and owning recorded music to an increasing preference for subscription-based music rental services. In 2016, for the first time ever, streaming music platforms generated the majority of the US music industry’s revenue from what was just a nascent source of music consumption in 2011. This number is now up to 75% as of end-of-2018, accounting for virtually all of the revenue growth for the industry in 2018. Note that, as recently as in 2010, physical products, such as CDs, were more than half the market by value.

Goldman Sachs expect the key driver of growth to be further increases in streaming revenues (Figure 4). They believe that paid-for streaming services will reach 20% of the global smartphone population by 2030 from 6% in 2018, revised upwards on the back of faster than expected streaming adoption.

Consumer habits are supportive of increased streaming. Greater connectivity in the home (e.g. rise in vocal home products, from Alexa to Home Pod) and car, should drive further usage. The way Gen Z and Millennials use their mobiles for music consumption, combined with a greater share of their time spent listening to music, as opposed to watching TV and reading, should also be beneficial.

Due to the growth of digital music platforms and increased mobile phone usage, the consumption of music is even more global. Today, the top five markets according to IFPI (2019) are USA, Japan, UK, Germany and France, but other markets such as South Korea, China and Brazil are now in the top 10. 2018 saw Asia and Australasia move up to become the second largest global region for physical and digital revenue combined, while Latin America saw the highest rate of growth globally in 2018. Brazil, the largest market in Latin America, continued its upward trajectory, increasing by over 15% and recording one of the highest rates of growth in digital in the top 10 markets (c. 40%).

With the advent of streaming, piracy in emerging markets has fallen drastically. According to a report by the International Federation of the Phonographic Industry, China’s digital music piracy rate was 99% in 2011. By 2018, the numbers had reversed, with 96% of consumers listening to licensed music.

The reduction of music piracy in China was not only a result of this perfect “technological storm”, but also a result of Chinese authorities launching an operation named “Sword Net” in 2015, demanding digital streaming outlets to take down unlicensed music. Given the large population in emerging markets and the fact that still only a small portion of consumers in those markets pay for subscription, EM offers a considerable growth opportunity for the industry. For example 3.6% of China’s Tencent 644m monthly active users are paying for subscriptions compared to almost half of Spotify’s 83 million users (Source: Inkstonenews, 12 December 2018).

The regulatory environment displays positive momentum for copyright owners in the music industry. In the US, in March 2017, the Copyright Royalty Board (CRB) heard proposals from the National Music Publishers’ Association (NMPA) and Nashville Songwriters Association International (NSAI) for fairer rates for streaming services.

In January 2018, the US Copyright Royalty Board (CRB) published the new confirmed final rates which will incrementally increase the mechanical royalty rates (includes on-demand services like Spotify and Apple Music) from 10.5% to 15.1% of revenue by the end of the 5-year term (2018-2022), representing a nearly 44% rate increase. However, some digital service providers (DSPs), including Spotify, Amazon, Pandora and Google, have filed legal challenges in an attempt to reverse the CRB decision. It is unclear if this will change the decision and to what extent.

In the US, in October 2018, the long-awaited Music Modernization Act (MMA) was signed into law. The bill combines 3 major pieces of legislation which streamlines the music licensing process, improving compensation to songwriters and enabling royalties to be paid on pre-1972 recordings.

In Europe, the EU passed a new directive in March 2019 that will require DSPs to assume greater responsibility for unlicensed content on their sites. The new directive is due to be implemented into law in the respective EU countries over the following 18 months of the directive being enacted. 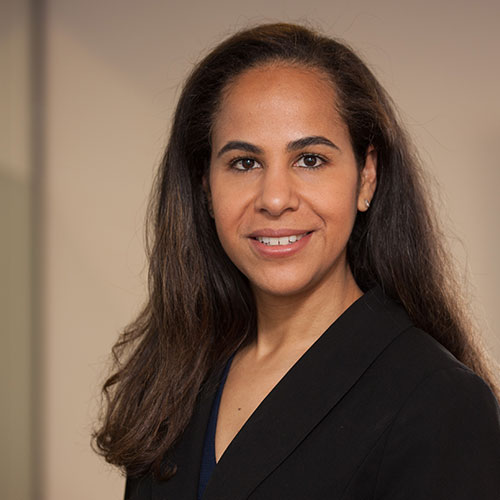 Alison Major Lépine joined Absolute Return Partners in 2015 after almost 10 years at the UK Railways pension scheme where she was responsible for over £1bn in various absolute return strategies. Until her departure in November 2021, she was a Partner and Head of Strategy at the Firm.